After the fire is lit, some bone-ash is placed on the muffle to prevent it from corroding by litharge in the event of upsetting a cupel. The cupels are then introduced once the flames have reached a bright red hue. Before the lead is charged in, the cupels can be cleaned by gently rubbing or blowing. The cupels are put in the furnace individually or together with a tray. The bone-ash is ground to a fine powder, which will pass a 40 mesh sieve. Next, it is slightly moistened by water (to which some carbonate of potassium is added). Finally, it is placed in a mold and then compressed with a mallet or a screw press until it is firmly bonded. A mould made from steel is preferred, as gun metal wears faster and uneven surfaces are less desirable. To facilitate removal of the cupel, it should be kept clean and bright. Cupels should be dried slowly and carefully, but thoroughly, to avoid cracks and possible loss.

The Royal Mint's cupels are made two years prior to being used. They are slowly dried on shelves far from the assay furnaces. Many times, faster drying was attempted with less success. Cupels that are only a few days old can still yield fair results but not the best. Cupels that are mixed with too much bone-ash will lose some of their porosity. If they are used too often, they will crumble easily.

Water answers work well for about 6 to 7 percent. Cupels must be protected from nitrous and other acid fumes. These substances are absorbed into the bone-ash and released in the furnace to cause spitting. This can be prevented by heating the muffle for at least an hour before you charge the buttons. Cupels should be heated for at least 15 minutes after reaching the temperature of their muffle. You can prepare it by carefully cleaning your knuckle bones. The 30-mesh sieve is used to crush the bone-ash and then recalcine it. Next, the calcium carbonate and caustic lime are removed using lixiviation with ammonium chlorineide. The bone-ash is then graded through sieving and made ready for use. As a substitute for bone ash, the old German assayers used wood ashes and bone-ash in 16th-century Germany. It is highly calcined and doesn't absorb acid fumes. Cupels must be prepared under high pressure and baked at high temperatures before being used. These cupels are as strong and hardy as fireclay. Magnesia holds more light than bone-ash, and absorbs it less. These cupels are used to absorb gold.

Send your message to us: 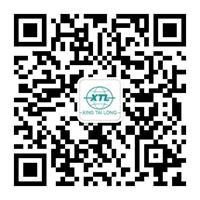