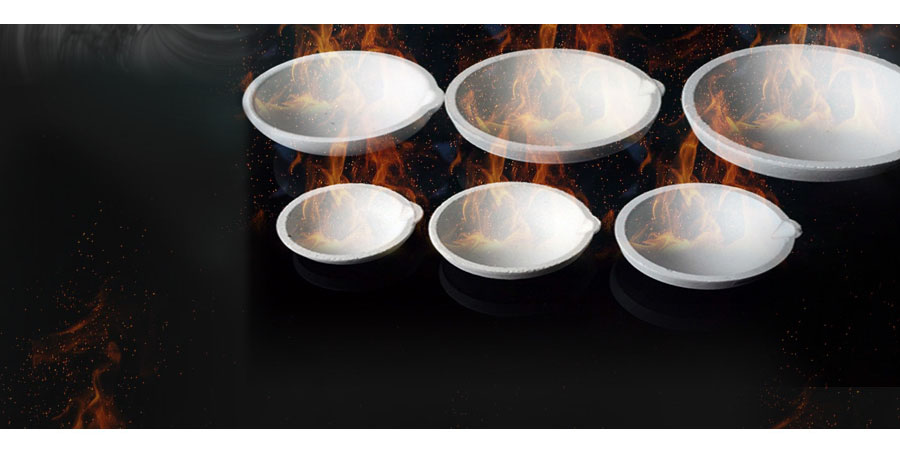 1. Quartz crucible can be used below 1450 degrees, divided into transparent and opaque. The semi-transparent quartz crucible made by the arc method is an essential basic material for drawing large-diameter single crystal silicon and developing large-scale integrated circuits. Today, developed countries in the semiconductor industry in the world have replaced small transparent quartz crucibles with this crucible. It has the advantages of high purity, strong temperature resistance, large size, high precision, good heat preservation, energy-saving, and stable quality.

2. It cannot be in contact with HF. It is easy to react with caustic alkali and alkali metal carbonate at high temperatures.

3. Quartz crucible is suitable for using K2S2O7, KHSO4 as a flux to melt samples and Na2S207 (first drying at 212 degrees) as a flux to process samples.

4. Quartz is brittle and easy to break, so be careful when using it.

5. In addition to HF, ordinary dilute inorganic acids can be used as cleaning fluids. In China, 18-inch and 20-inch 22-inch quartz crucibles are commonly used for drawing single crystal silicon. Some manufacturers also use crucibles of 22 and above. At present, the crucible technologies produced by large domestic crucible manufacturers are relatively mature. The raw materials used in its production are quartz sand imported from the United States and Norway high-purity quartz sand. There are also quartz crucibles produced by small factories that use domestic materials and their raw materials have a certain impact on the stability of single-crystal silicon.

At present, the crucible production coating technology has been used by most manufacturers. It is to coat a layer of barium dioxide solution on the surface of the crucible made of ordinary quartz sand to form a dense layer. The dense layer can prevent the silicon during the high-temperature drawing of single-crystal silicon. React with quartz crucible to increase the crystallization rate.For more info click here: Crucible supplier & manufacturer